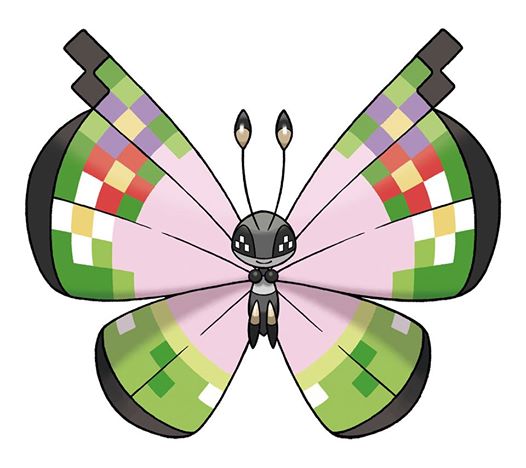 For those of you who play Pokemon X or Y versions, you know of the #666 Pokemon.

We were all so excited to see what the "Devil Pokemon" would be, only to laugh when we found out that it was a Butterfly XD

Still, Vivillon is starting to live up to its Satanic title (at least I think so).

The special thing about Vivillon is that the pattern of the wings is different depending on where you live. As someone that lives in the Midwest of the USA, I have a 'Modern' pattern, whereas my friend in Washington has the 'High Plains' pattern. There are so many different types of Vivillon and while there is no achievement or gift for collecting them all, people have been Vivillon hunting for a very long time.

I have found that being part of large communities really helps with hunting, but, as someone who missed out on the original 'Vivillon hype', the hunting has become kinda crazy and insane.

Wonder Trade has never been a reliable source for getting the Pokemon you want. It's more or less a last resort to get rid of Pokemon your bred but don't need, and you secretly hope you get something that you don't have in return. The GTS (Global Trade System) is something else entirely. I was amazed at the GTS the first time I used it, because, it allowed you to deposit one Pokemon and ask for something specific in return. Also, you could look for listing of Pokemon you needed and use filters to get a fair trade on something you might be wanting really bad.

I find that most trades are actually pretty fair....unless you are looking for a Vivillon.

Browsing the GTS last night, I ended up getting 3 different patterns I needed for my hunt, but the rest were ridiculous. A single Vivillon was trying to be traded in exhance for a Shiny Thundorous.

I even found people looking for Mew and putting up a Modern-type Vivillon as trading fodder. I could have had most of the patterns I needed if they were not looking for Entei's and Azelfs. Sadder still was that you had people looking for hacked Pokemon like a lv.5 pokeball Zekrom or something similar, and it made me seriously rage inside.

Scatterbugs can be caught in the first patch of grass you encounter on your journey. They are bred fairly quickly, and are a full Vivillon by level 10-15. Surely, if you live in a certain area and have a certain pattern, it is NOT worth a Legendary in any way. Now, take for example the Vivillon posted at the top of this page...THAT Vivillon is limited edition. It is an event pattern that will never be found in-game, and it has a special move that no other pokemon knows (Hold Hands).

Granted, everyone who can use the GTS should already have this Vivillon since their internet works (and you just get it through Mystery Gift), but, in a few months or so, something like this might warrant a Legendary Trade. ANOTHER example of a rare Vivillon is the Pokeball pattern Vivillon:

This specific Vivillon can only be obtained by going to a specific convention in your area, during the dates provided, and then using a special serial number (which you get at a Pokemon booth within the convention) to get this Pokemon in-game. It is unknown whether you must catch or how it is obtained, but it really hard to get. For me...it is especially hard.

Therefore...not everyone will get this Pokemon as most cannot make it to the specific convention. This Pokemon might not even make it to the USA in general. SO, this specific Vivillon (which I have already seen in the GTS) would indeed warrant a Legendary Trade, but that is all...a regular Icysnow is not worth an Articuno...just sayin' -_-

Still, the hunting is proving very hard because of this, and people are trying to be too picky rather than help their fellow players out...and to me, this is really sad.

Plus, my bestie made a really good point: by trading people really rare Pokemon for practically nothing, what are you really teaching them? Most of us that have been playing for a long time worked hard to get our Pokemon collection...while some don't mind trading them since they stay in the Dex, a lot of us would rather keep them around for future games and might even use them in-game for our teams. Still, trading really Rare Pokemon or hacked Pokemon to children (I think) is setting a really bad example that they don't have to work for what they want. However, this is just my opinion.

So, as of right now, my Vivillon hunt is still on!!! I am looking for a lot of different patterns, so, if you have extras of any of these, I am trading Modern-Vivillon bred in a Luxury Ball. [Please do not ask about the IVs because I have no clue BUT I can infect them with Pokerus for you if you want] 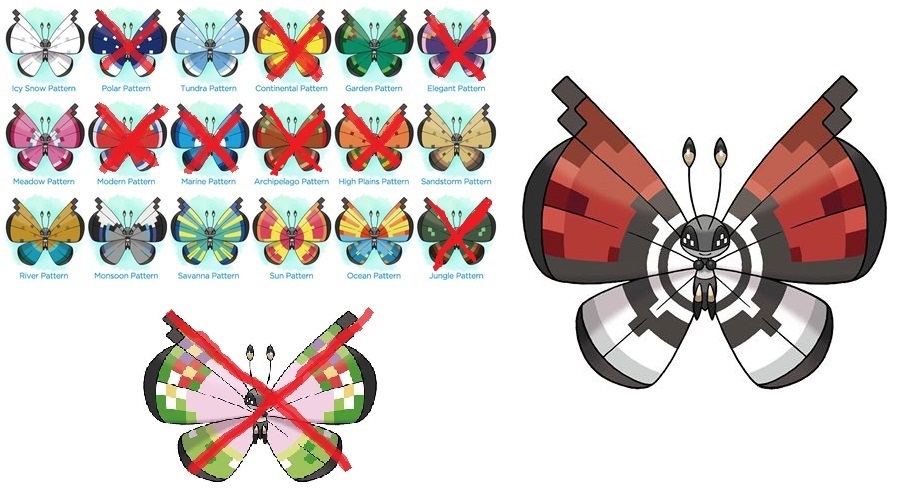 Oops, you forgot something.

The words you entered did not match the given text. Please try again.

Reply JamosAdact
10:56 AM on May 31, 2021
Seriously a good deal of useful facts.
https://topessaywritingbase.com/

Reply JamosAdact
9:51 AM on June 4, 2021
You reported that superbly!
https://writingthesistops.com/
me as a writer essay
mathematics homework
ways to write an essay
papers writing service
how to do essay writing
dissertation help
essay assignment help
how to write a thesis
essay on social service
thesis statement maker
what to write my college essay on
how to write a thesis statement
professional essay writers review
https://smilevault1.webs.com/apps/blog/show/48256738-comprar-bitc
oins-con-tarjeta-de-cr